In this article we will learn about implementing dependency injection using Microsoft Unity Application Block.

Application Blocks are classes distributed as Visual Studio project which you can download from Microsoft Website and add to your .Net Application. They are written by Microsoft's Patterns and Practices team. You can also use NuGet Packet Manager to add them to your project.

How To Construct The Dependency ?

To construct dependencies of a class we have something called the Dependency Injection Container. The container is a map of dependencies and logic to create the dependencies which are required by your class. When you ask for dependency the container look for a dependency in the collection, sees if it's already created, if the dependency is already created it will return that dependency, otherwise, it will create it stored it, and then return the dependency. Here I am using a singleton for the above. The main advantage of using a container is it can resolve complex dependencies transparently. To Explain the Unity Application block I would use the same sample code from the previous article dependency injection design pattern and modify it to use Microsoft Application Block. This is what I am going to do. I would create a new project. Add Microsoft Unity Application block and copy-paste code from the previous article. Since the article was written on request by a fresher I would write in detail and use images as much as possible.

Setting up the application 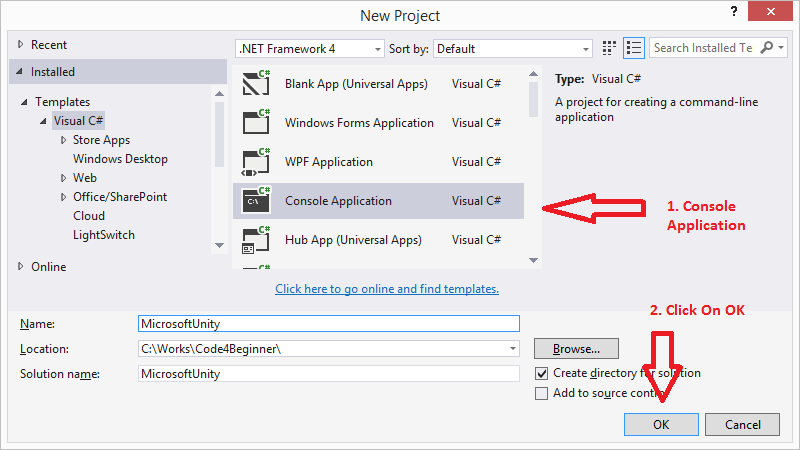 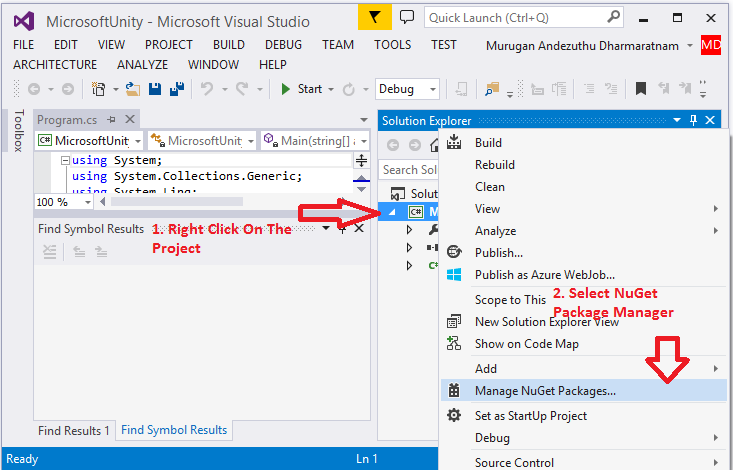 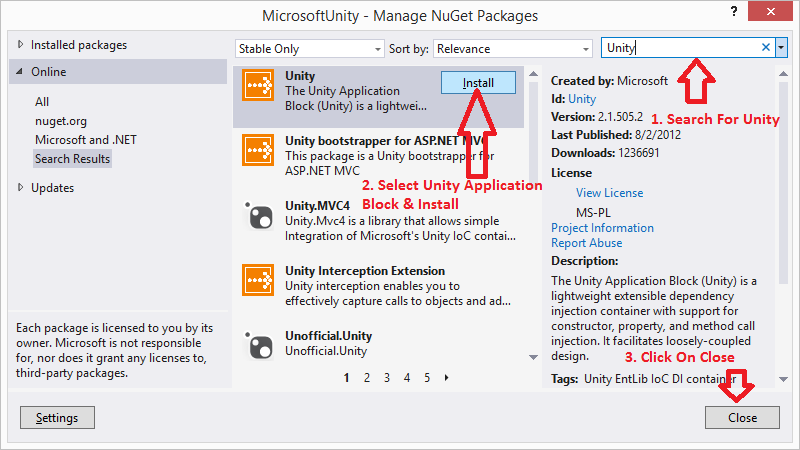 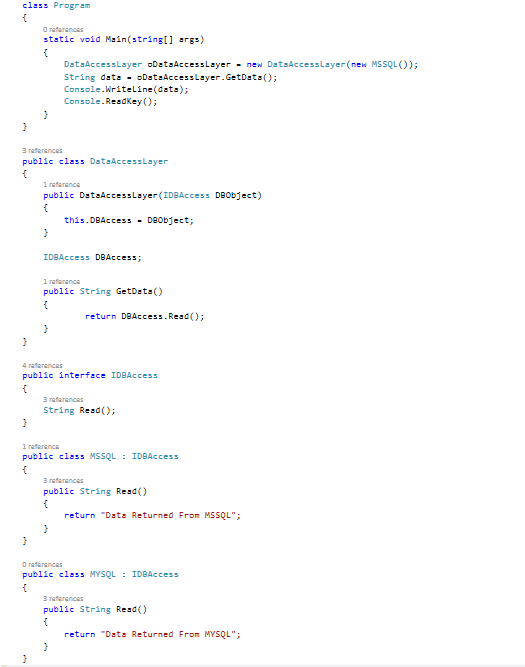 Output From Above Code 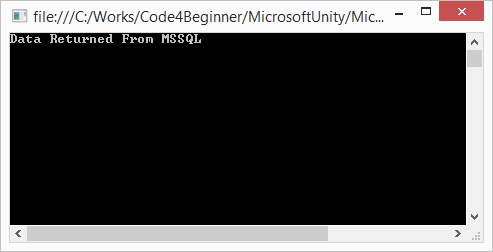 In this article, we are not much concerned about the output. I decided to put output just to let you know that its a working application

Now we will modify the code to user Unity Container to create Objects instead of explicit calls to class constructors and property setters.

To Start using Unity we need to add namespace using Microsoft.Practices.Unity, create a Unity Container, and create an object using the container.Resolve

Let us first create an instance of MSSQL using Unity and display the value from the Read Method.

The program displays "Data Returned from MSSQL", This is the simplest Hello World Type example you can write in Microsoft Unity Application Block.

Let us modify the Above program to use interfaces. To use an Interface we need to use the RegisterType Method. An interface contains only the signatures, RegisterType tells the Container which class to use that implements the implement the interface. Unity will instantiate an object from the specified class ( MSSQL or MYSQL ) when we resolve any object containing a dependency of Interface (eg IDBAccess ) type.