In this article we will learn about Dependency Injection & will follow this up with one more article on how to implement dependency injection using Microsoft Unity Application Block. 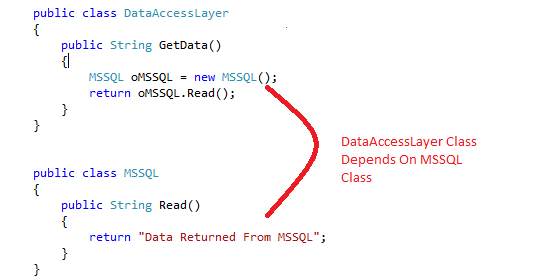 What Is Dependency Injection

Literal meaning is to inject dependency. The Ability to supply ( Inject ) an external dependency into a software component.

What Do U Mean By Injecting Dependency?

In the above sample you are creating an instance of In the data access layer class which is wrong. What you are needed to do is to Inject the dependent object ( in this case object of MSSQL class ) to the class ( DataAccessLayer ) using the constructor from the outside. 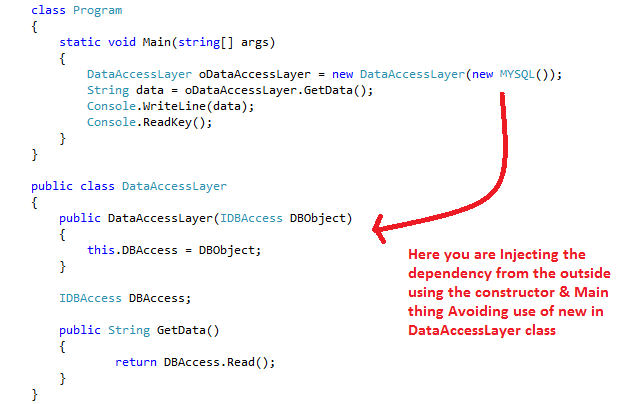 The injection can be done using a constructor like showing in the above code or via a setter or Method.

Constructor Injection is the best and most widely used..

How To Construct The Dependency?