Inversion of Control ( IoC ) is an abstract principle describing an aspect of some software architecture designs in which the flow of control of a system is inverted in comparison to procedural programming.

From this definition it's clear that something is different in comparison to procedural programming. So I would like to explain Inversion of Control with an example, Lets start with a regular object-oriented program.

When you write code you would have classes that depends on other classes for it to function, Lets look at an example DataAccessLayer Class that depends on MSSQL class which perform CRUD opertions on the Database. 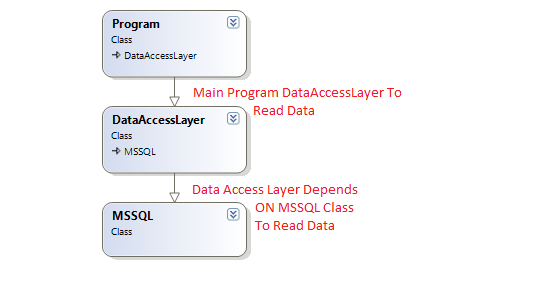 Below is the code generally you would write. 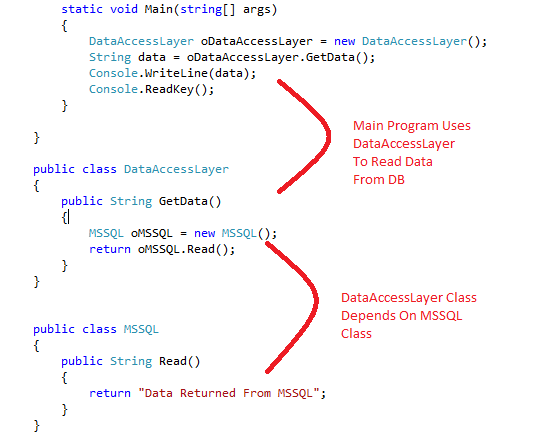 If we are to read data from Another Data Access Class MYSQL. Let's add another class to access data from MYSQL & let's implement the same methods as in MSSQL.

We have changed the code a bit to read the value from MSSQL or MYSQL Depending on the DBType value you pass to the GetData method. 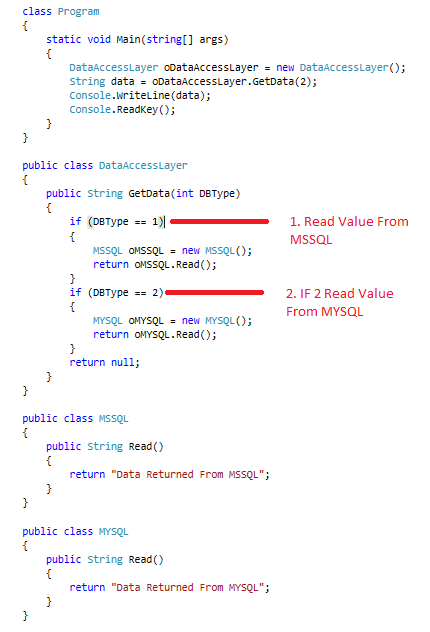 Modifying The Code To Use Interface

Let us modify the code by adding an interface IDBAccess ( Contract ) so that all Data Access classes MSSQL, MYSQL Inherit from the interface, One of the key principles of IoC is that the code should depend on abstraction. By depending upon Interfaces ( Abstraction ) We are decoupling the implementation. We can substitute different dependencies as long as they all satisfy the required interface. 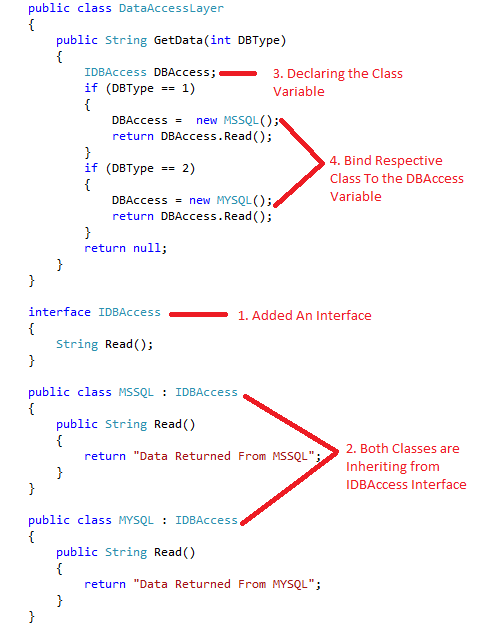 The main problem associated with the code is it's tightly coupled. This means in this case if you have another class called SQLite which implements the interface IDBAccess you would need to make a modification to the DataAccessLayer class.

In object-oriented programming, there are several techniques for implementation of inversion of control listed below.

In traditional procedural programming, the flow of the business logic is determined by objects that are statically bound to one another. Where as in inversion of control, the flow depends on the object graph that is built up during program execution.